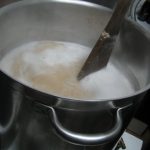 In a previous article (Homebrew Cleansing) I provided the details of the final demise of the last beers from my previous adventures in beer homebrewing, which I gave up more than 10 years ago.  For quite a few years I have held onto the hope that I would be able to, someday, begin to brew my own beer again.  Well that day has finally arrived!  Those of you that know me personally, also know that I am in the process of changing jobs.  This is quite a big change for me and it will mean taking on the challenge of something that I really have not done much of in my career… working in one of the few areas of IT where I have not spent a lot of time… software development.  I love the challenge of learning new things, so this will be just another great opportunity for me to dig (deep) into a new topic.  I am very excited about the new job for many reasons.  Aside from the challenges that this job will present for me, it will also take me out of the portion of the IT world that needs to be “on-call” 24/7/365, something that I have been doing for about the last 25 years.  This also means that I will get most of my nights and weekends (all holidays and vacations too!) back again… and, very importantly, that I will have the time to resume my beloved homebrewing hobby!!

My new job starts on July 1st, about a week from now, but I have already revved up the homebrew engine!  All of my equipment had been carefully stored away in hopes that it would get used again someday, so after some cleaning and sanitizing, I was ready to go in short order.  I brewed my first batch of beer last weekend (an English-style Old Ale with extra hops).  Believe it or not this beer was brewed with some ingredients that I kept in storage with my equipment and were also more than 10 years old!  In spite of the age of some of the ingredients, I think/believe/hope that everything will turn out OK.  The fermentation of this beer was a bit slow to start, but it worked perfectly once it got going.  I transferred that beer to a secondary fermenter (glass carboy) on Friday, where it will sit for the next couple of weeks or so… and then onto bottling.  Even though it had been more than 10 years since I brewed last, I was pleasantly surprised that I remembered almost everything that I needed too… a few minor mistakes, which were easily corrected, but pretty much like “riding a bicycle”, fortunately. 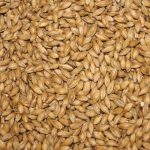 I brewed another batch of beer yesterday… a hoppy DIPA (Double IPA) which I am hoping will have some nice citrus/grapefruit aromas and flavors.  This beer is happily bubbling away right now in the primary fermenter.  I’ll be moving this beer to its secondary next weekend, where it will eventually get some nice Cascade hops as a “dry hop” which should (I hope) really improve its hop tastes and smells.  Think Alchemist “Heady Topper”… as if I could ever even come close to that masterpiece of the brewing world.

I am looking to make a number of changes in my homebrew practices this time around.  One of the most immediate is to begin to use bigger beer bottles to preserve my precious beer.  Previously I had used recycled 12oz beer bottles… a major PITA on bottling day and a lot of (too much) work.  This time around I will be using recycled 22oz bottles… still some work, but only a little more than half the number of bottles.  I have plenty of room to store the bottled beer, so the change in size will not really affect anything but the amount of time it takes to clean, sanitize and fill the bottles.  My wife, Candy, even though she is not a beer drinker, is excited about me starting to brew again.  She has been cleaning the labels off of a stash of 22oz bottles for me to begin using for my own beer.  If any of you have performed this task, it is time consuming and not very exciting, so I am really glad to have her help. 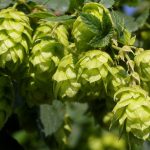 The other major change I intend to make in my brewing practices is a much more long term change and will require the investment in some new equipment as well as learning a new set of brewing procedures.  All of my homebrewing to this point has used liquid and dry malt extracts as a large portion of the “fermentables”.  At some point, hopefully soon, I plan to make the transition to “all grain” brewing… brewing the way that real breweries do.  Once I get past the cost of the new equipment and the “bumps and bruises” of the new procedures, this change should both greatly improve the overall quality of my beer and significantly reduce cost of producing each batch.  The two batches I describe above will cost roughly $0.70 per 12oz bottle or about $1.28 per 22oz bottle… I would expect my all grain recipe cost for either of these beers to be easily half of what I am paying to produce my beer now.

As you can probably tell, I am very excited to be brewing my own beer again.  I can’t believe how much I missed doing this and that I let the time commitments of my previous job really make this fun hobby impossible to continue.  For many reasons, I do not intend to let that happen ever again.  Check back here again to hear more about my renewed brewing adventures and to see what new brewing recipe, ingredient or technique has caught my attention or my taste buds!

Steve has read 45 books toward his goal of 70 books.
hide
45 of 70 (64%)
view books
We use cookies on our website to give you the most relevant experience by remembering your preferences and repeat visits. By clicking “Accept”, you consent to the use of ALL the cookies.
Do not sell my personal information.
Cookie SettingsAccept
Manage consent

This website uses cookies to improve your experience while you navigate through the website. Out of these, the cookies that are categorized as necessary are stored on your browser as they are essential for the working of basic functionalities of the website. We also use third-party cookies that help us analyze and understand how you use this website. These cookies will be stored in your browser only with your consent. You also have the option to opt-out of these cookies. But opting out of some of these cookies may affect your browsing experience.
Necessary Always Enabled
Necessary cookies are absolutely essential for the website to function properly. These cookies ensure basic functionalities and security features of the website, anonymously.
Functional
Functional cookies help to perform certain functionalities like sharing the content of the website on social media platforms, collect feedbacks, and other third-party features.
Performance
Performance cookies are used to understand and analyze the key performance indexes of the website which helps in delivering a better user experience for the visitors.
Analytics
Analytical cookies are used to understand how visitors interact with the website. These cookies help provide information on metrics the number of visitors, bounce rate, traffic source, etc.
Advertisement
Advertisement cookies are used to provide visitors with relevant ads and marketing campaigns. These cookies track visitors across websites and collect information to provide customized ads.
Others
Other uncategorized cookies are those that are being analyzed and have not been classified into a category as yet.
SAVE & ACCEPT